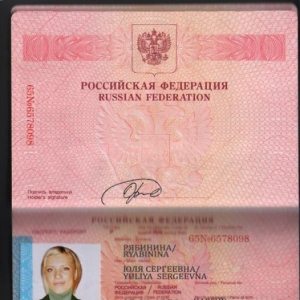 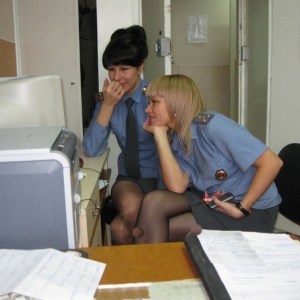 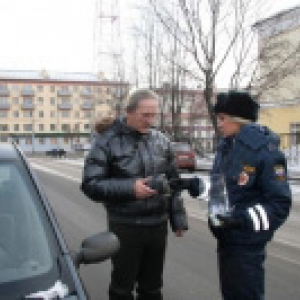 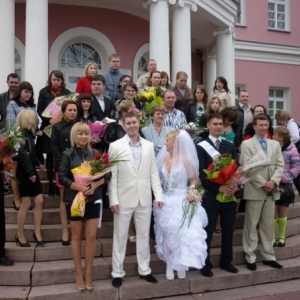 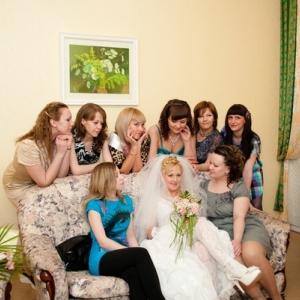 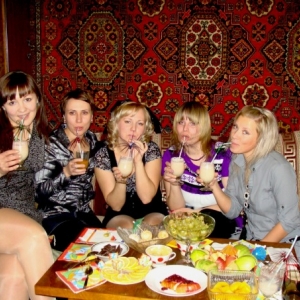 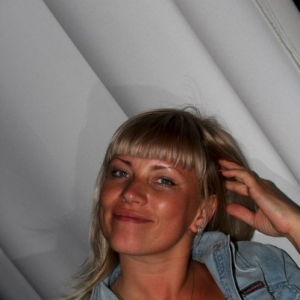 She lures you in real slow. She send me 16 emails and called me twice before I took the bait and send her money with Western Union. See example of her message to me. She veins she doesn't know Western Union and that she is poor, she has got no bankaccount thanks to Puttin who scams poor and hard working people. After I send money as proof she send me a scan of the ticket she bought. later I found out that it was a ticket from Aeroflot instead of Lufthansa, otherwise all seems correct. After that she called me from Moskou with trainrumour in the background that she could not come, because custom stopped her because of an appartment debt she had with the state and if I could help her with this debt. Every time I send money she found another scam to deceive me. In total I have lost 22.000 EURO! At one time she has reached her max of getting money and she used other accomplices to get money. Three accomplices to which I have send money in her name are: Nadezhda Aklanova, Mariya Aksamatova and Alena Yurevna Maksimova. I have seen on this page that she also scammed someone in France and that she was known as Marya from Ladhenpohya email: mashkabochava@yahoo.com. To me she wrote from the email adress: iraryabina@yahoo.com

If one looks at the picture Yuliya ( or Marya from Ladhenpohya ) and her accomplices seem to work for the state as traffic controler, this is the reason why she and her gang could get all the dokuments and official stamps I guess. I would like to get in contact with other persons. For me it is a very hard to handle this scam and I would like to get a lawyer with a group of her victims to get these people to justice.

Hello my love Paul.
I am very glad to see your letter!
You're the love of my life.
I am grateful to you for your help to me,
are you sure man who is willing to help a girl in need.
I want to begin to make out my documents now.
I went to the bank today and find out how you can send money via Western Union!
Since I do not have a bank account. I was told:
The fastest and most secure way to send money through Western Union!
For this you will need my data:

I was told that to get the funds will need your details:
Your full name.
Country and city of origin of money (and your address).
The exact amount and a special code.
I use it myself for the first time this company. Now sure, it's a good transfer system.
I am very happy that we will be together!
My mother and my friends support me in my decision to come to you!
I like you very much!
I kiss you tenderly!
Your forever Yuliya.

Via which site you've known
www.lexa.nl

Here are some facts to

Here are some facts to prevent this from happening to someone else:

1. She slowly starts without mentioning any money to get acquinted with you and make you feel you are that special one and that she is poor and needs your stron arm around her...... Especially that I had to tell her that I could send money with Western Union, this was " new" for her, was very clever played out by her. As she was poor she and her family had no bankaccount for money to be transfered. Of course a bankaccount has to coupled with a real name and real adres I know now.

2. It strikes me now that in her mail lots of sentences are the same. She did a lot copy paste.

3. The time frame was not right. For instance after she called me she could not come to me because custom were preventing her to fly to me at Moskou aiport, because of a large appartment debt she owed the stateI told her to go back ( by train )to her home in Karsun which is about 620 km. She mailed me back after about two to three hours that she had arrived in Karsun and that she was very sad and angry.....

4. She was behind the computer very often and for very long times. There were times when I got prompt answer at random times. With the timedifference between my place and her place ( two hours ) it would mean that she had 24 hour contact with her inbox.

5. A chronological analyses of the thinhs occured. At first she needed money for an airticket and a Visa, after that she needed money for a great appartmentdebt she owed the state, otherwise she could not pass custom. Comming with the train was not an option. The money she hot from me for her VISA she used to pay part of this debt..After paying this debt, she vowed to pay me back, but she could only do this after selling her appartment. She needed now to pay a percentage of the money she would receive for her appartment. Although I specificaly asked her before I send more money if she would need money for her VISA, she answered NO, but later she asked for me to pay for her VISA again, which I did not and so I heared nothing from her anymore..

6. The phonenumber she gave me 0079063358675 is disconnected very often. You get voicemail that the number is not active at this moment, please try again later. She once called me with a number 0078362358989 without knowing that my telephone registrated this number. This number is always disconnected if one calls back.

7. I have seen so called Yuliya Ryabinina on this scam cite in two other different settings. She also scammed a frenchmen under the name Marya from Ladhenpohya. It must be a gang of ladies at work because Yuliya sergeevna Ryabinina got money from me with Western Union and Moneygram. She uses other accomplices to receive money which are for the same reason mentioned real persons: Alena Yurevna Maksimova, Mariya Aksamatova and Nadezhda Aklanova. watch out for these names.

8. I am astonished that this person Yuliya Ryabinina sends me photos at her work for the state as a traffic controler. This abuse of an official uniform is also part of the scheme to make you feel comfortable and lure you in the trap.